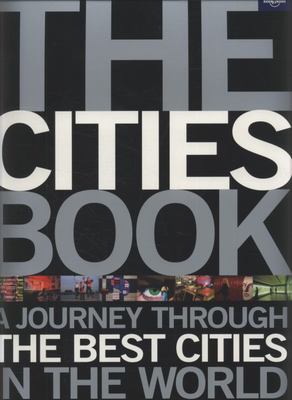 The Cities Book: A journey through the best cities in the world

Which will be the first city you turn to in this lucky dip of a book? Copenhagen? Buenos Aires? Shanghai? Or maybe you'll find out how much you want to go to Beirut or Nuuk. Who knew? The world is full of unmissable cities - this large format pictorial will put a few more on your radar.

Taking our cue from the buzz on the street, we have captured the flavour of the world's top 200 cities through the eyes of the typical citizen: hot conversation topics, urban myths, the best places to eat and drink and to seek out after dark. This pictorial mixes a tempting cocktail for the urban adventurer.

About Lonely Planet Started in 1973, Lonely Planet has become the world's leading travel guide publisher with guidebooks to every destination on the planet, as well as an award-winning website, a suite of mobile and digital travel products, and a dedicated traveller community. Lonely Planet's mission is to enable curious travellers to experience the world and to truly get to the heart of the places where they travel.

"'Lonely Planet guides are, quite simply, like no other.' - New York Times"

"'Lonely Planet. It's on everyone's bookshelves; it's in every traveller's hands. It's on mobile phones. It's on the Internet. It's everywhere, and it's telling entire generations of people how to travel the world.' - Fairfax Media (Australia) "